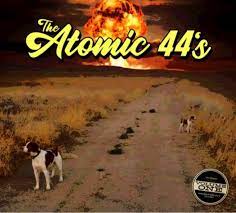 I’ve often struggled for a mental image of the location of the Roadhouse Blues. The place itself would undeniably be an aged structure with a big dance floor, pool tables, and a large bandstand that serves cold beer and food that scorns calorie counters. The music would be edgy, primarily upbeat, and definitely the roadhouse blues. And now I know the location……southside of Heaven just north of the Hell, thanks to a lyric from the fabulous debut ATOMIC 44s album, VOLUME ONE.

The Atomic 44s are a result of the synergy between two talented and veteran artists; Johnny Main (The 44s) and Eric Von Herzen (The Atomic Road Kings). Johnny sings and plays the guitar with a tone and style that defines the roadhouse blues and Eric wails on a badass harmonica. The music on the album is loud and boisterous with the kind of rhythm and feel you are looking for on a Friday night after another week of slogging through the grind. And Johnny and Eric have surrounded themselves with a band of roadhouse blues luminaries; Kid Ramos of the Proven Ones, The Roomful of Blues, and the Fabulous Thunderbirds (guitar), blues award winning Deb Ryder (backing vocals), Bill Stuve (bass), Gary Ferguson who played with Etta James and Gary Moore (drums), plus Taryn Donath and Jim Pugh (keyboards).

Picking a favorite tune off this recording is tough. THE BOOGIEMAN was released earlier this year as a music video and serves as a gateway to the other eight original tunes on the album. It has already topped several blues charts propelled by Eric’s harpin’, Johnny’s gritty vocals, and the dueling guitars of Johnny and Kid Ramos. Another song, MY ’49, also deserves release as a video as a anthem to car lovers everywhere. OL’ MEXICO and OLIVIA are some straight up Chicago blues that showcase the overall talents of the band. They drift into Omar Kent Dykes territory on SAINTS AND SINNERS that features a hypnotic beat laid down by Gary and some great guitar riffs. It is a perfect tune for a concert jam that I would love to be able to see. CANDY MAN has some tasty keyboard playing and Eric gets yet another chance to wail on that badass harmonica. LYIN STILL is world class low down dirty blues with amazing guitar solos and BARBWIRE AND FENCES provides the memorable lyrics…southside side of Heaven just north of Hell.. which will forever be ground zero for the Roadhouse Blues. But my favorite cut has to be FADE TO BLACK with its film noir feel. It’s a ready made musical vehicle for a future Quentin Tarantino movie featuring stretches of edgy harmonica, dark guitar tones, and the raw and growling vocals of Johnny.

With the pandemic finally beginning to recede, the Atomic 44s should begin to hit the road supporting this incredible recording. It is undoubtedly one of the finest releases of 2021 and well worth your time and money. And for me personally, it will always be the recording that defines the location of the Roadhouse Blues….the end to a lifelong musical search!! 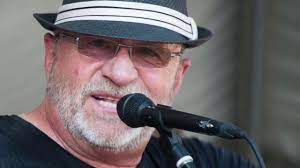 Join us today, June 3rd, from 3-5 pm EDT on http://www.bluesmusicfan.com for some of the best new contemporary blues on the internet as I feature brand new songs from albums that will be released in the near future by Robben Ford, Billy F Gibbons, Derrick Procell, and Mike Zito! You will get to hear them first on BMFR!!! 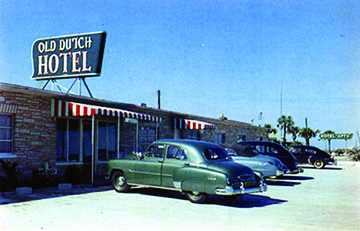