Here’s some of the artists and tunes in heavy rotation on my 24 hour rockin blues stream this week! 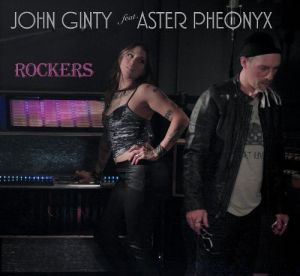 New Jersey performers John Ginty and Aster Pheonyx have turned a chance encounter at a studio into a rockin blues collaboration that could well put them into the same stratosphere as Beth Hart and Joe Bonamassa and Susan Tedeschi and Derek Trucks!  She has a powerful voice and he is a world class keyboard/organ player. I hope they recognize the magic in the mesh of their talents and record together for a LONG time. Loved Believe in Smoke and Captain Hook.

One of a number of great Nordic rockin’ blues artists that have emerged over the last decade, Vidar and his band from Norway will have you hoppin’ and a boppin to Jelly Roll and the Working Man Blues. The tunes feature some bad ass harpin. 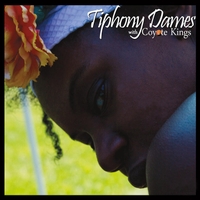 Robin Barrett and the Coyote Kings lay down some bad ass jams to showcase the voice of this young lady from Harlem on her debut album (and the sixth for the band). Loved the songs Ain’t That a Bitch, Bad News for Me, and Down with the Blues.  She’ll be appearing with the band on April 7, 8, and 9 of 2017 at the Walla Walla Guitar Festival. If you live in the Washington state area…get your tickets now!

After a 28 year hiatus, Gary Rossington and his wife Dale have released another awesome blues rock album.  I love their voices and his guitar licks have only gotten better (if that is possible!) from his days with Lynyrd Skynyrd. Loved the cuts Shame on Me and Two Very Different Things. 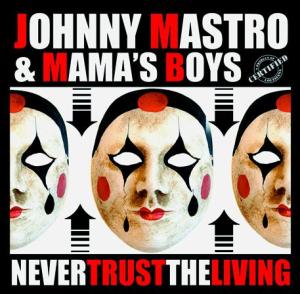 This is the fifth album for this band from my hometown of New Orleans and it is a great contemporary rockin blues disc.  Chocked full of crankin guitars, great harmonica riffs, and solid vocals by Johnny, I just loved Walkin’, Monkey Man, and the title cut, Never Trust the Living.  They have also taken Europe by storm with their raw brand of the blues and done over 30 tours of the continent in the last decade. If you are lucky enough to be in New Orleans this coming weekend for the Saint Paddy’s festivities, you can check them out on Frenchmen street at the Apple Barrel (Mar 17th) and Bombouloa’s (March 18th).

My lovely wife and I will be seeing Eric Clapton this coming weekend at the Madison Square Garden….woot…..will give you an update next week!!  Checkin’ one off the old bucket list 🙂