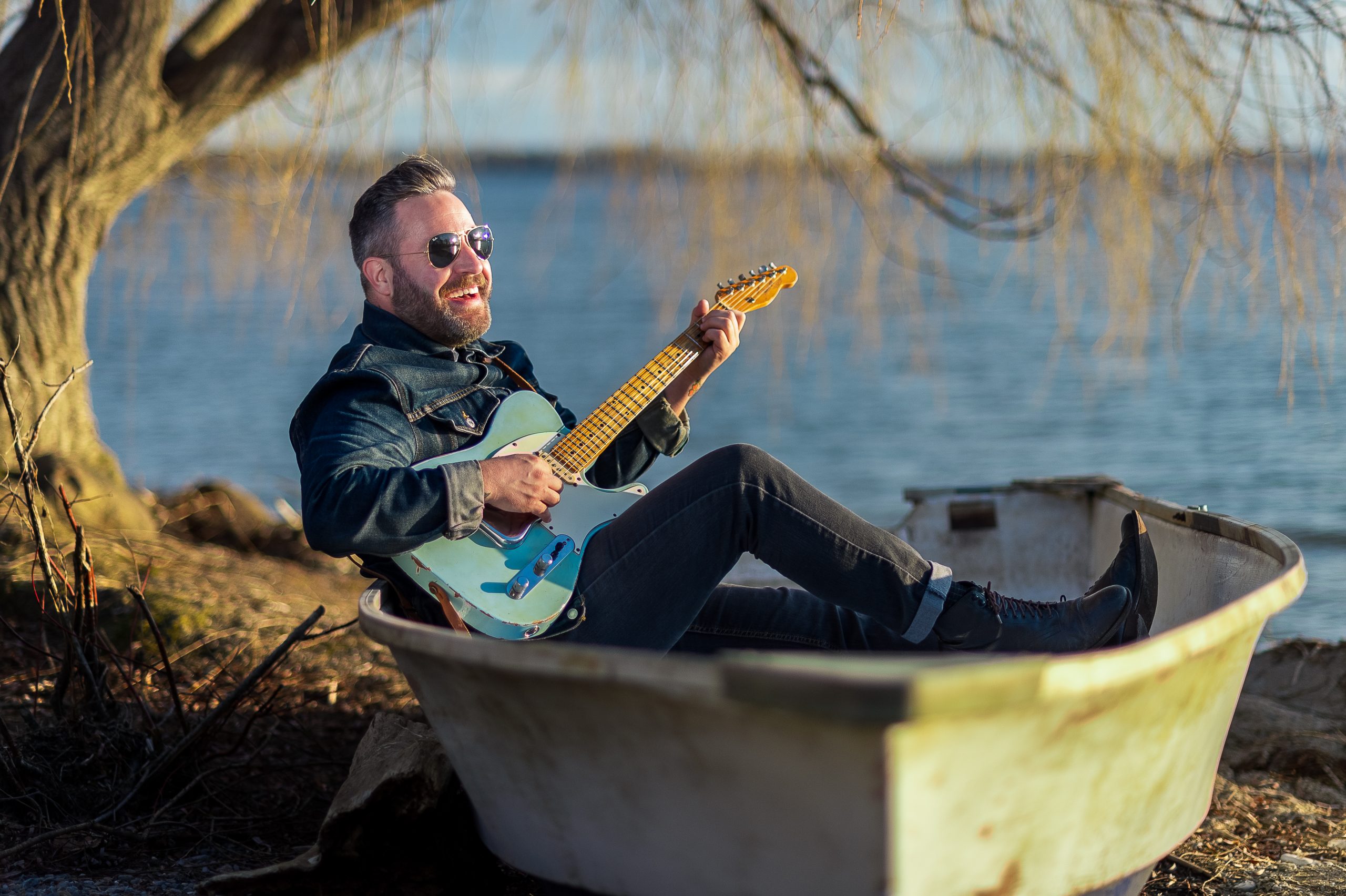 Steve Marriner is a man after my own heart as he drifts effortlessly from roots music to contemporary blues to blues rock on his new release, HOPE DIES LAST. He is the quintessential roadhouse bluesman from Canada who is balancing a solo career while also being part of the Manx Marriner Manline and a favorite band of mine, MonkeyJunk. Over the years he has performed extensively with Colin James, one of the superstars of the Canadian roadhouse blues, as well as Samantha Martin, Paul Reddick, Delta Sugar, and Lee Holmes.

For the new recording, Steve teamed with Jimmy Bowskill, a renown blues rocker, to produce the album. The result is some roadhouse magic! The first single/video released back in June was How High, a crankin’ blues rocker. A couple of days before the official release of the album on July 2, another video for Long Way Down came out. It is a haunting sad roots tune about addiction that is simply beautiful. The “radio ready” tune Take Me to the City is my personal favorite with a catchy beat, some great guitar licks, and some nasty harpin’. Honey Bee is some badass raw roadhouse blues and Coal MIne highlights Steve’s incredible voice. You Hear My Heart is another song on the album that ya just have to give a listen……the music….the voice….the guitars…and the harmonica…WOW! Another interesting tune on the recording is Petite Danse. It is a perfect “down the bayou” tune from my home state of Louisiana that Steve sings in French. From Montreal to New Orleans, it will have people dancing in the aisles!

Steve is a hard working talent balancing his time between a number of bands. I just hope he can make the time to tour on his own in the coming years and gets a chance to showcase his talents as a songwriter, singer, and musician. He is well on his way to becoming a roadhouse blues superstar and another of the musical treasures of the great nation of Canada.