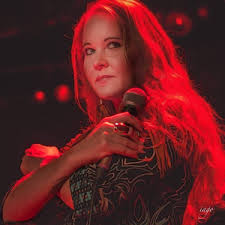 Great art takes you out of your comfort zone. It often makes you look at life through another lens: Salvador Dali‘s dripping clocks (The Persistence of Memory) or Picasso‘s cubism (Girl Before A Mirror) are two examples.  They distort your perception of what should be and then challenge you to think and perceive in new ways. Layla Zoe’s new album, Gemini, did that for me. I have followed her career for awhile and have found her to be a powerful and sexy Canadian singer of the roadhouse blues; I did not expect the edginess,  depth, and emotion of the lyrics and songs on this album. It has changed my perception of her. She is not just another blues singer with a great voice; she is a crown jewel of the roadhouse blues and worthy of elevation to the same status I give Jeff Healey, her countryman.

As the title cut states she lives two different places …in the pain and the power.  Part of the album is power blues rock, part is great roadhouse tunes, another piece is beautiful  acoustic delta blues, and part is some intensely dark blues portraits of people in pain and crisis. The graphic explicitness of a few of the lyrics will probably offend some (and limit mainstream air play) as she relates through song riveting images of individuals at the crossroads. 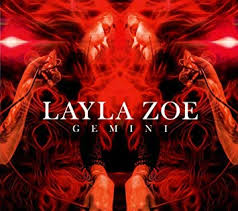 I can think of no other contemporary blues or blues rock artist that has put herself on the line and just laid it out there like Layla Zoe has on this album.  Certainly because of her voice, there are the inevitable comparisons to Janis Joplin. But in Layla’s case, I don’t think she is living the darkness in life (as Janis and Amy Winehouse did with their heavy drug use) as much as bringing it to vivid clarity for us.  As she relates in the song, The Deeper They Bury Me, the truth indeed will set you free. And she lays bare on several songs the deep and lonely truth of what the blues is for those in despair: equal parts anger, a need for revenge, and a profound sadness.

There are 20 songs on this double CD and normally I note each of the individual cuts that I liked the most on albums I review.  In this case, no one single will do justice to Layla’s talent or the portraits she conveys in song on this album. Certainly, Are You Still Alive Inside, a beautiful slow tempo blues rocker should get a lot of airplay. But you need to buy the album and experience her music in toto.  Afterwards, I’d love to hear what you think as comments on this web page!