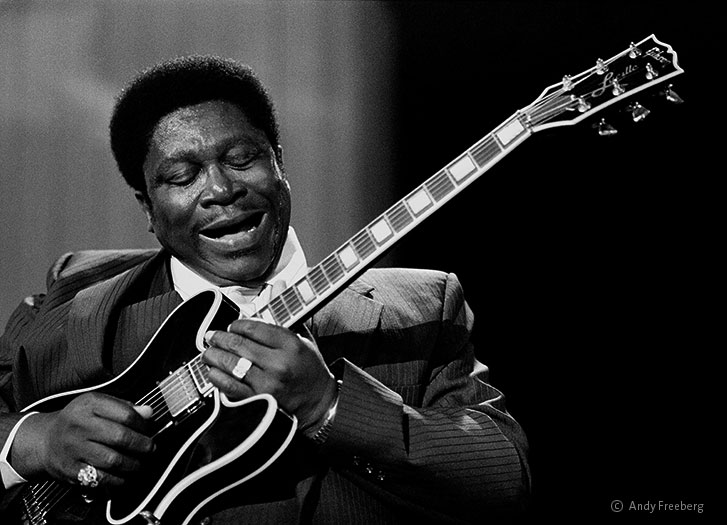 A Toast to B.B. King

When a bluesman passes, we mourn for just a bit and then celebrate their lives with song, the clinking of glasses, and the telling of stories amongst friends.

I first saw B.B. King at the age of sixteen back in 1969.  I attended a Johnny Winters concert and BB was the opening act.  I had no idea of who he was.  Dressed in a white shirt and black tie, he and his band came up on stage to the murmurs of the teenage crowd.  “Who is this dude?”  Once he started playing, the audience sat in stunned silence as BB began to make love to Lucille. It was an electrifying performance and by the third or fourth song, everyone was on their feet. I will never forget that night; I was introduced to the blues by the King himself!

The traveling bard telling stories and singing songs is one of the oldest art forms known to man.  B.B. told the story of the blues in concert a reported 15,000 times in his career. He rose from humble roots in the cotton fields in Mississippi and spread the music of the blues literally across the globe. And his legacy of songs will be sung long after we return to the dust from whence we came. If you have a story about B.B., share the memory with family and friends and us……

Rest in peace Riley King!  I count it a blessing to have lived during the era of the King of the Blues, though I wish you could have stayed just a little longer.