I am back from vacation and ready to roll out some badass roadhouse blues for you on http://www.bluesmusicfan.com at High Noon EST. Have a mix of new contemporary tunes by Mike Duke, Zack Walther, and the Tedeschi Trucks Band as well as some classics from the archive.

Here is the intended playlist that I post with the hope that if you like the some of the tunes that you will go to your favorite music shop and buy them! Help the blues to thrive in 2019!

It’s spring time, well almost in New England, and here is what I am listening to as I await freakin’ warmer weather …..

Harry Manx is a blues original.  His primary musical instrument is the Mohan Veena,  often associated with classical music from India, which gives Harry’s music a surreal sound that is perfect for the blues. His partner for the album is Steve Marriner, a gifted harmonica and guitar player who also performs on the drums, organ, and bass.  Both have great voices and contribute songs for Hell Bound for Heaven, released by Stony Plain Records.

The recording has a mix of what I call roots blues and gospel tunes.  I particularly enjoyed their rendition of the legendary Charlie Patton’s Rattlesnake.  And the songs Hell Bound for Heaven, Nothing, and Everybody Knows will get a lot of spins on my personal stream (http://s1.nexuscast.com:8043) and during my upcoming sets on Blues Music Fan Radio.  Great tunes from a duo of Canadian artists!!! 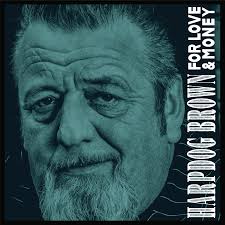 To be officially released on April 26th, Harpdog Brown’s For Love & Money recording is a great throwback to the swing and jazzy feel of the blues in the late 1940’s.  If I didn’t know better I would swear this Canadian from British Columbia had grown up in New Orleans.  With a heavy emphasis on piano and horns on the album, Harpdog reminds me alot of the best of Dr. John….gravely voice, gritty lyrics, and fantastic musicianship.

I particularly enjoyed Thinkin’ and Drinkin’, Blue Light Boogie, Buzzard Luck, and Vicious Vodka.  An album best enjoyed with your woman and a martini and cigar in hand for sure! 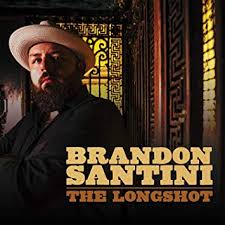 Brandon Santini turns up the amplifier (and I’d say it’s about time!) on his new album, The Longshot.  An up and coming harmonica player and vocalist who has already been nominated for the BMA blues harmonica player of the year award (2014), his future is bright to say the least! I always have felt that Brandon, who I became aware of in 2012, had the ideal voice and harmonica skills to lay down some badass blues rock……and now he has.

He is backed on this outing by a solid group of musicians; Timo Arthur and Jed Potts on guitars, one of my favorite keyboard players John Ginty, Chuck Combs on bass, and Reid Muchow on drums.  Ginty, Santini, and Ben Elliot produced the album.

I loved Somebody’s Gotta Go, Back to You, Beggin’ Baby, Going Home, and Drive You Off My Mind.  All of them are now in rotation for my DJ sets.

I certainly think this album deserves early consideration as a nominee for Blues Rock album of 2019!  Keep crankin out dem roadhouse blues Brandon!!! 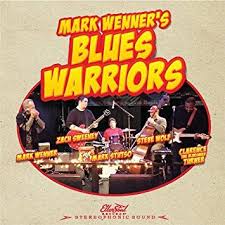 A side project for long time Nighthawk Mark Wenner, this album is a refreshing celebration of tunes by Muddy Water, B.B. King, Sonny Boy Williamson, Fats Domino, Big Joe Turner, Elmore James, and Slim Harpo.  Mark is a gifted singer and harmonica player and his brilliance carries this upbeat bluzin’ album.  Fellow Nighthawk, Mark Stutso joins him on drums, along with talented guitarist Zach Sweeney, singer and guitarist Clarence “The Bluesman” Turner, and features the double bass of Steve Wolf.

I loved every cut on this CD including King Bee, Trust My Baby, Rock A While, Hello Josephine, (Let Me Be Your) Teddy Bear, It’s My Own Fault,  and Dust My Broom. The album includes a really nice cover of a relatively unknown tune by Muddy Waters Diamonds at Your Feet that I have worked into my blues sets al ot over the years and the only original song, written by Mark, is an instrumental tribute to the legendary Jimmy Reed entitled Just Like Jimmy.

If you want to spend some time listening to straight up rockin’ blues from the fifties, you can’t do better than downloading and listening to this album!