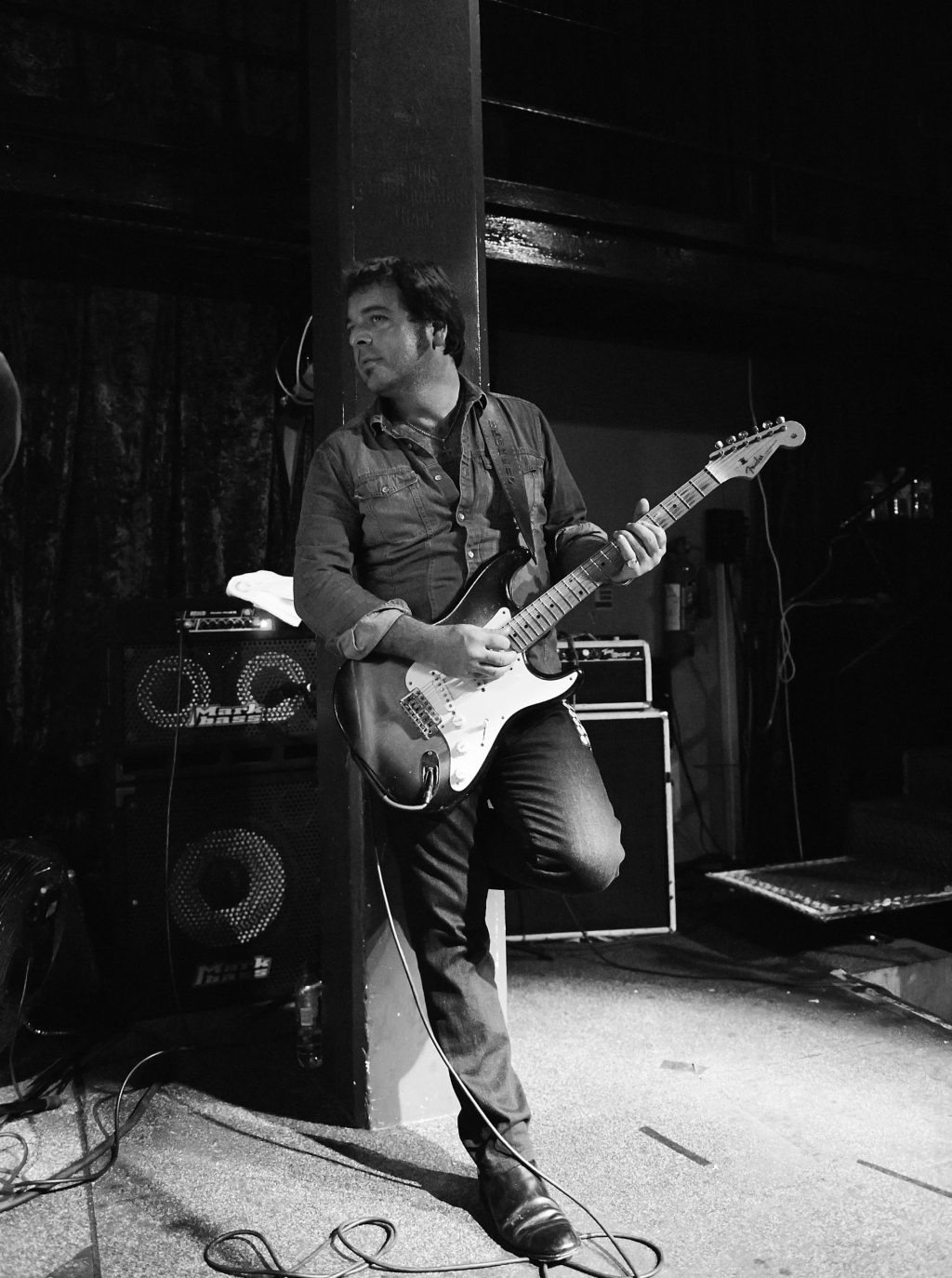 The new Todd Sharpville album Medication Time, that is due out July 8th on Dixiefrog Records, is a powerhouse blues recording that is sure to garner nominations for album of the year. Exhilarating on some tracks and pensive and thoughtful on others, the new album bubbles with energy from a life lived in the blues.

Some people encounter deep sadness and tragedy in their lives and never recover. Others, like Todd, rise from the ashes of a personal meltdown with a renewed sense of purpose. Almost two decades ago, Todd suffered a nervous breakdown after losing custody of his children during a divorce. Severe depression and suicidal thoughts led to a stay in a mental institution. The ability to continue playing and writing music during his stay as well as the support of family and friends (including fellow bluesman Larry McCray from Detroit) got him through the worst of times and honed his blues talents in the fiery cauldron of depression and recovery.

The new album features 12 songs of which 9 are originals. Two of the recordings have been released as promotional videos and both are well worth the time to watch. (Both are also available on my Youtube Channel playlist for cool roadhouse blues.) Todd and Larry McCray do a really creative animated video for the song Brothers From Another Mother. And Todd does an intensely personal video performance of the Dylan tune, Walk Out In the Rain.

There is also an interesting and powerful blues’d up rendition of the Dire Strait’s tune, Money for Nothing, included on the recording. Guest artist Sugar Ray Norcia heightens the intensity, resentment, and jealousy of the lyrics on vocals; it is well worth a listen. My favorite on the album is the blues rockin’ tune, God Loves A Loser and I also love Get Outta My Way, the slow pretty I Don’t Need to Know Your Name (with a fabulous sax solo) and his rousing version of the Bruce Springsteen song, Red Headed Woman.

Undergirding this powerful recording is Todd’s guitar virtuosity and the production values that Duke Robillard, a two time Grammy Nominee and multiple Blues Music Award winner, brings to any recording that he produces. Todd got his start back in 1992 with the album Touch of Your Love. It won Best Album and Best Guitarist awards at that year’s British Blues Awards. I have a strong feeling that Medication Time will do the same this time around!

Ben Vee started out spinning songs on terrestrial radio and at nightclubs back in the 1970’s in his home state of Louisiana. After a career in the construction business, he returned to DJing in 2011. He now hosts two shows each week on http://www.bluesmusicfan.com, does weekly sets on the SecondLife grid, and writes about the blues at http://www.benveeblues.com from his home in Connecticut. He also has a personal 24 hour stream devoted to the Roadhouse Blues… WRHB as well as a Youtube channel.