Below is the intended playlist. If ya like em…buy em at your favorite music download site….and help the blues to thrive in 2020!!

Well…it’s the last day of summer for 2018….where the heck has the year gone??  Here are some more albums and tunes that made their way onto my DJ sets playlists regularly over the last several months……………….

Great young talent from Texas, Casey plays a fine guitar and sounds a bit like Kenny Wayne Shepherd.  This album has a number of roadhouse tunes on it including a duet with Delbert McClinton entitled Bullet Proof.  Also enjoyed All I Need, I Got to Go, Killin’ Myself, and Makin’ Up. 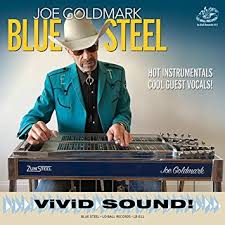 A California pedal steel guitar player crankin out some blues…..you gotta listen to this!  The album is largely instrumental with guest vocalists on a number of cuts. Particularly liked Beautician Blues and The Wobble featuring Glenn Walters on vocals. I got a great response to these by my listeners! The CD also includes a number of country tunes including an instrumental Warm Rain that is pretty sweet!  Joe also is a partner in five San Francisco area pizzerias called “Escape from New York Pizza“.  Pizza and some pedal steel blues….not a bad combination at all!!!!

A son of the great Muddy Waters, Mud is a fantastic blues man in his own right. On his fourth album, he serves up a blues buffet that spans the Chicago blues, funk, r&b, and a bit of jazz. Loved Oh Yeah, the title track They Call Me Mud, Walkin’ Cane, and a duet with his daughter Lashunda entitled Who Loves You. A number of great artists also helped out on the album including Billy Branch, Studebaker John, Mike Wheeler, and Billy Flynn.  Muddy would have loved a snifter of cognac and a fine cigar while listenin’ to his son carry on the blues tradition….I know I did!

Several times over this past summer I have started my sets with the instrumental On the Ropes from Peter’s debut album. It is a great upbeat tune; perfect to get a roadhouse blues set goin’!  Peter has a real pedigree in the blues having played with Jimmy Rogers, Buddy Guy, Otis Rush, Junior Wells, and toured with the members of the Muddy Water’s inspired Legendary Blues Band and Roomful of Blues.  He wrote all but one of the thirteen tunes on the album and gets some stellar musical help from Ronnie Earl, Anthony Geraci, and Sugar Ray Norcia on a number of the cuts.  She Took It All and What Can I Do To You? are two more of my favorites on the recording. 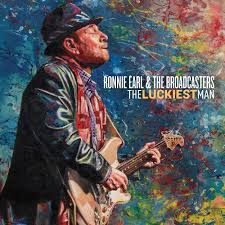 This past May, Ronnie won his 4th blues award from the prestigious Blues Foundation as Guitar Instrumentalist of the year further cementing his position as one of the great blues men of his generation. I have followed his career for a number of years and he just continues to grow and excel at playin’ the blues.  And he is indeed a lucky man to have such a gifted band with Paul Kochanski (bass), David Limina (piano & organ), Diane Blue (vocals), and Forrest Padgett (drums) to back him up. I absolutely loved Ain’t That Lovin’ You and really enjoyed You Don’t Know What Love Is, and Heartbreak (It’s Hurtin’ Me).    There are also several tasty instrumentals including Southside Stomp, Blues for Magic Sam, and the simply badass roadhouse tune Howlin’ Blues.

Hey…..and don’t forget to tune in every Thursday from 3 to 5 pm EST as I play these and other great contemporary roadhouse blues at Blues Music Fan Radio . You can also listen to the roadhouse blues 24 hours a day on my stream at Ben Vee Roadhouse Blues .

Compiling a list of my favorite roadhouse blues tunes of 2017 has been a labor of love. It includes some perennial favorites and some up and coming new artists. I hope you enjoy reviewing the list and hopefully you will buy and download some of the tunes.

At number one is Taj Mahal and Keb’ Mo’s, Don’t Leave Me Here, from the fantastic album Tajmo.  Two special talents working together have produced the masterpiece of  the 2017 roadhouse blues.

Coming in at number two, Walter Trout is a perennial favorite of blues rockers and when you combine his guitar playing with that of Joe Bonamassa you get some very special mojo on the tune We’re All in this Together. 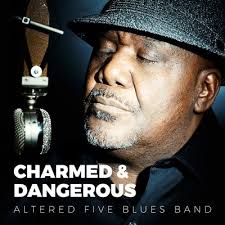 At number three is the Altered Five band song, Charmed & Dangerous, an upbeat badass song that exudes sexual energy from a group based in Wisconsin.

Beth Hart has four songs from the album Fire on Floor in the top 66 and coming in at number four is the title cut.  It is a slow intense tune that plays to all of Beth’s strengths as a song writer and performer. 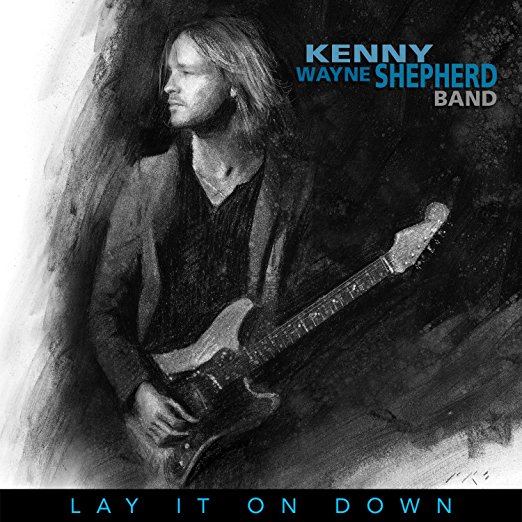 The Kenny Wayne Shepherd Band has three songs in the top 66 from his album Lay It on Down. Nothing But the Night comes in at number five.  We have tickets to see both him and Beth Hart in July….can’t wait!!

At number six is the song Three Times Your Fool by Washington D.C.’s, the Nighthawks.  This is a slow beautiful song for the ages from a group that has been playing the blues for over forty years!

Based out of Denmark, Thorbjorn Risager & the Black Tornado, have four songs in the top 66. At number seven is the title cut, Change My Game. Featuring a full seven piece band with a compliment of some badass horns, this group is easily my favorite European roadhouse blues band.

Californian Tommy Castro & the Painkillers returned to his roots in San Jose to record the album, Stompin’ Grounds, and has four songs included on my list. At number eight is Blues All Around Me.  I have seen him in concert a couple of times and can’t wait to do it again! 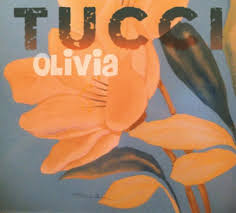 At number nine is the band Tucci and the song, High Roller, that feature’s Chicago’s own Larry McCray….just some badass blues.

Rounding out the top ten is Dennis Johnson’s rendition of Robert Johnson’s Walkin’ Blues. Dennis is a guitar virtuoso and his talent shines through on the album, Rhythmland.

Some special notes about the rest of the top Roadhouse 66:

Here is the full list….enjoy!  And you can listen to all of these songs on my 24 hour roadhouse blues stream at Ben Vee’s Roadhouse Blues!