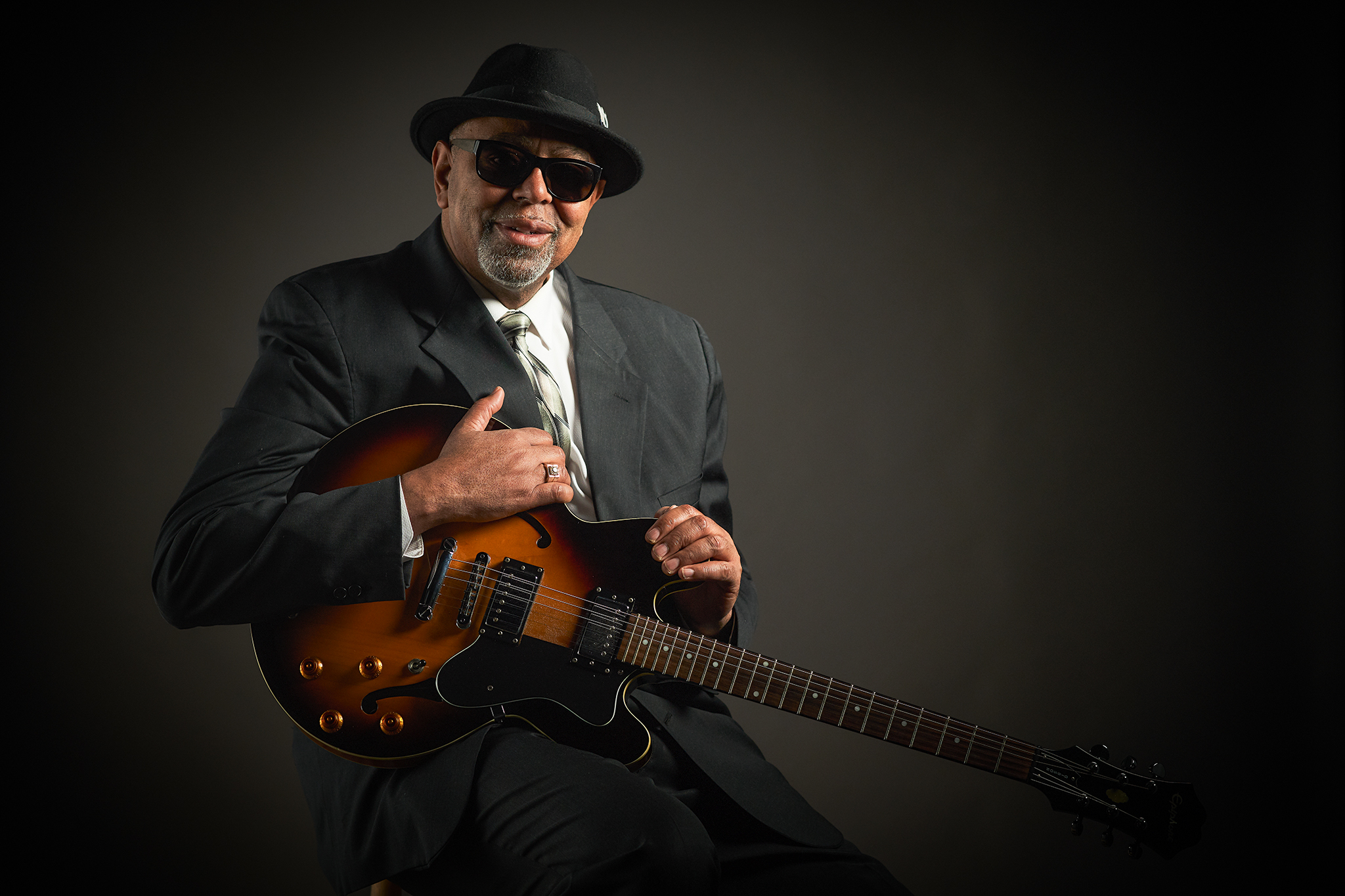 For those of you who haven’t heard of Zac Harmon, he is an award winning bluesman who comfortably resides in the Robert Cray wing of the contemporary blues. In 2006, he won the Blues Music Foundation award for Best New Artist for his album The Blues According To Zacariah. In the years since six more albums have followed including the new recording Long As I Got My Guitar.

Zac has a voice and a guitar style that can best be described as ‘chillin with the soul blues’. His songs on the new album are in parts upbeat, funky, pensive, spiritual, and socially aware. He even ventures “down the bayou” a bit with the delightful accordion accompanied Crying Shame. Zac was born in Jackson Mississippi to parents who schooled him in music. His mother played piano and his father, the first black pharmacist in Mississippi, played harmonica. His dad tended to the needs of Muddy Waters, B.B. King, Albert King, Ike & Tina Turner, and Little Milton at times and all those combined influences have made Zac Harmon one of the great blues & soul men of the roadhouse blues.

Now based in Texas, Zac worked with the renown music producer, Jim Gaines, who most notably produced Stevie Ray Vaughan, Santana, and Journey, to create the soulful music magic on this recording. Backing Zac on most of the tracks are the Rays consisting of Bob Trenchard (bass), Richy Puga (drums), Johnny McGhee (guitars), Dan Ferguson (keyboards and accordion) and backing vocals by SueAnn Carwell and Corey Lacey.

My favorite recording on the album is the title cut, Long As I Got My Guitar. Over the years, I have heard guitar players time and again talk about having survived their days payin’ their blues dues and facing the brutal choice of pawning their guitar for money to pay bills. Zac captures that melancholy experience with some exquisite guitar licks and real world lyrics. I also loved the guitar work on the socially conscious Waiting to Be Free. Another favorite of mine on the recording is People Been Talking which is soul blues at its very finest.

Over the last 18 months all of us have dealt with enforced periods of isolation as a result of the pandemic. It has given most of us a new appreciation of family and friends and, in Zac’s case, he says it gave him the realization that “as long as I have my guitar, all is good with my soul”. All I can add to that is that just listening to Zac sing and play on this new recording had a nice calming effect on my soul best exemplified by his song, Soul Land. Give it and the rest of the songs on this album a listen as you chill to some mighty fine soul blues.

Zac Harmon – Long As I Have My Guitar (2021 Catfood Records)